Dorodon was produced by UPL in 1982. UPL released 37 different machines in our database under this trade name, starting in 1975.

You control a guy who wears blue pants that attempts to run around the maze collecting question marks and avoiding cute aliens. 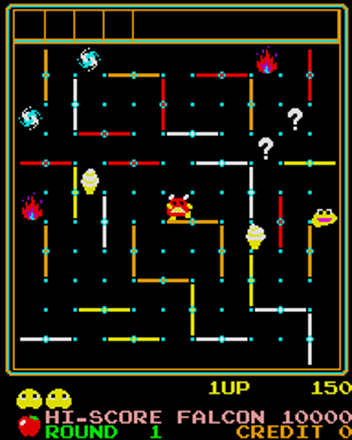 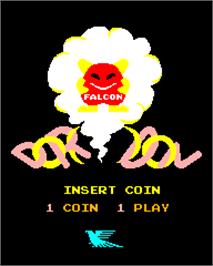 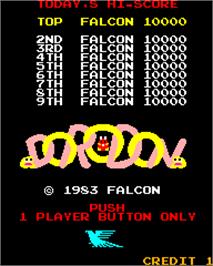 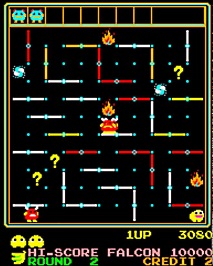 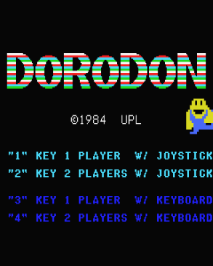 Note: Dorodon is part of the ladybug core.

IMPORTANT NOTE :
NO ORIGINAL ROM CONTENTS ARE IN THIS DISTRIBUTION. YOU WILL NEED THE ORIGINAL/ALTERNATIVE ROM FILES TO RUN THE DORODON GAME