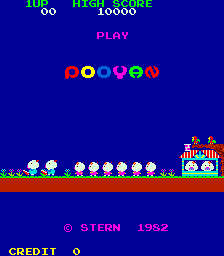 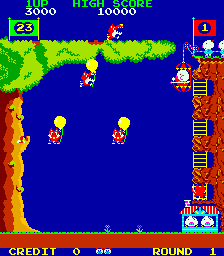 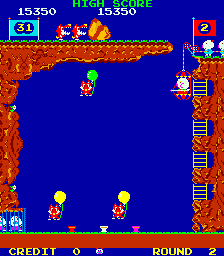 The player controls Mama Pig, whose babies have been kidnapped by a pack of wolves and who must rescue them using a bow and arrow and slabs of meat. Controls consist of a two-position up/down joystick, which moves an elevator in which Mama Pig rides; and a button, which fires arrows and throws meat.

Controls ### Joystick
Attach joystick to port 1. A second joystick is currently not supported.

IMPORTANT NOTE :
NO ORIGINAL ROM CONTENTS ARE IN THIS DISTRIBUTION. YOU WILL NEED THE ORIGINAL/ALTERNATIVE ROM FILES TO RUN THE POOYAN GAME. All logos are copyright to the respective holders. 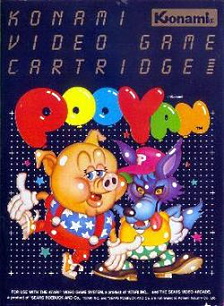