Scramble, released in 1981, was the worlds first multi level shoot-em-up. Frogger, also released in ’81, is probably one of the most well-known arcade games today, with numerous conversions to other platforms.

Here is a VHDL model of the original hardware so the games can be re-created in modern FPGAs.

The games uses two Z80 processors. I designed a quad Z80 core designed for Xevious which time division multiplexes the majority of the core and is only a little larger than a single Z80. However for simplicity here two Z80s are instantiated, and it still fits easily into the Spartan3 500E on the eval board, the whole design taking about 68%.

The design also includes two AY-3-8910 sounds chips and two 8255 PIA chips. I have attempted to digitally model the filters on the audio board as well.

If anybody has a real board running can they let me know if the stars and audio are correct – we aim for 100% accuracy here….

Experimental INI’s are also provided for: 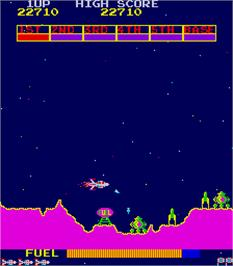 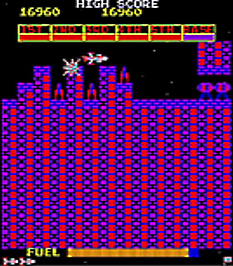 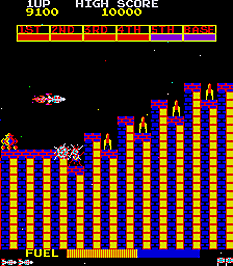 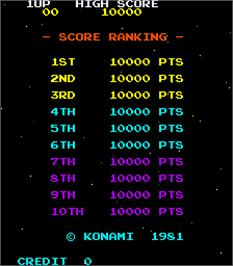 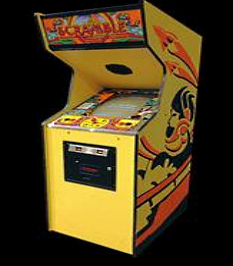 Please read the “Readme.md” file for documentation.
This core supports multiple games, INI files for each game and ROM set names are included.

IMPORTANT NOTE :
NO ORIGINAL ROM CONTENTS ARE IN THIS DISTRIBUTION. YOU WILL NEED THE ORIGINAL/ALTERNATIVE ROM FILES TO RUN THE SCRAMBLE GAME