AHI (AHI audio system) is a retargetable audio subsystem. It was created by Martin Blom in the mid-1990s to allow standardized operating system support for audio hardware other than just the native Amiga sound chip, for example 16-bit sound cards. AHI offers improved functionality not available through the AmigaOS audio device driver, such as seamless audio playback from a user selected audio device (in applications which supported AHI), standardized functionality for audio recording and efficient software mixing routines for combining multiple sound channels thus overcoming the four channel hardware limit of the original Amiga chipset. It also incorporated a unique mode that produced 14-bit playback using the Amiga chipset by combining two 8-bit channels set at different volumes. The first official release of AHI was in 1996. AHI became a widely supported standard for audio hardware and audio software on Amiga systems and was officially included in later operating system releases.

How to install the (AHI Audio system)
1) Download the The Main AHI installation package from the link below.
http://aminet.net/package/driver/audio/ahiusr_4.18 and follow the instructions within to install the basic files required etc.
2) Once this is complete, you will need to download the replay ahi audio specific files from the link below and copy the replay.audio and replay into also the devs relevant folders etc.
See the folder names in the downloaded archive. https://github.com/FPGAArcade/amiga_code/tree/master/xaudio

Note: AHI support requires adding these files from the downloaded archives / folders above and storing them into the relevant folders on your Amiga Harddisk.
DEVS:AHI/replay.audio
DEVS:AudioModes/replay

What Music players support AHI Audio on the Amiga.
One of the more popular players was the EaglePlayer 2.05. This is an Amiga freeware now music player. http://aminet.net/package/mus/play/Eagleplayer_2.05
Because of the Nature of the Players with not only using AHI Audio but also because of the taxing effects on the CPU in the programs such as this, it is recommended that at least a Motorola 68040/060 CPU be used.
Certain effects in the Eagleplayer include amongs’t other things for example:- a): (A choice between normal nearest neighbor mixing and polyphase sinc filtered resampling) and b): (Fast FFT spectrum analyzer) again optimized for 040/060 processors. It supports a lot of stunning diplay modes.) This is the Eagle Player Below. 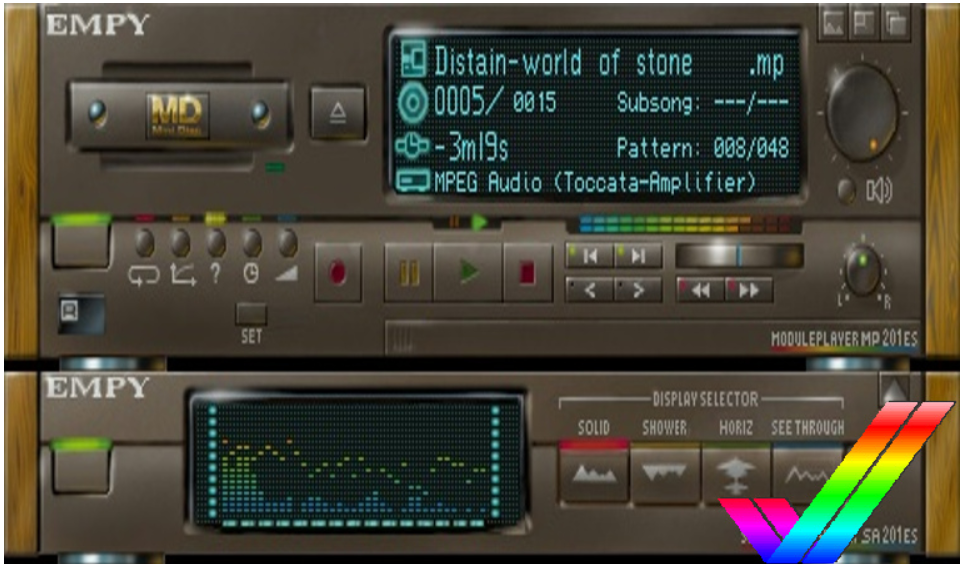 Where can I find sampling software for the Amiga.
http://old.exotica.org.uk/websites/dreamland/amiga/samplers.html