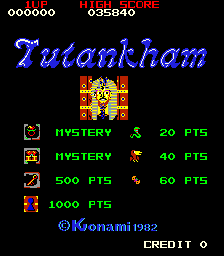 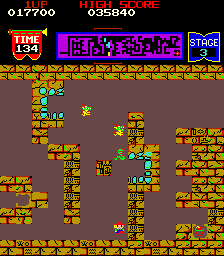 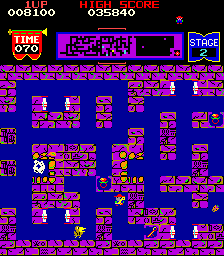 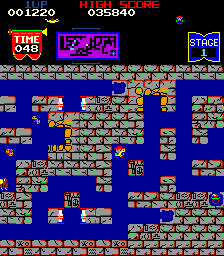 A composite synchronization signal is provided as HSYNC while VSYNC is constantly driven high. Feed this into a suitable monitor via an adapter chain:

In this game, you play an explorer who searches through King Tut’s tomb to find his treasures while fighting off various creatures who guard the tomb as you find your way through the catacombs.

The game has four different stages where you must help the explorer find four different treasures including a map, an urn, a chest of gold and jewels and finally the golden death mask. The game has rather spooky, Egyptian-style background music.

You must guide the explorer through the maze of each stage. There are several different creatures who constantly materialize from random areas of the maze and attack including asps, vultures, parrots, bats, dragons and curses. Those creatures can be destroyed to score 20, 40 and even 60 points with bullets or a “flash bomb” which destroys all enemies on the screen. “flash bombs” can only be used once per stage or each of them can be used for later stages.

The game uses 3 action buttons.
They are mapped to joystick 1 and joystick 2:

IMPORTANT NOTE :
NO ORIGINAL ROM CONTENTS ARE IN THIS DISTRIBUTION. YOU WILL NEED THE ORIGINAL/ALTERNATIVE ROM FILES TO RUN THE Tutankham GAME. All logos are copyright to the respective holders. 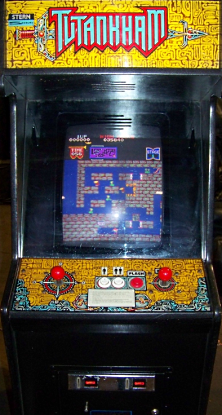