The Adventure Vision is a self-contained cartridge-based video game console released by Entex Industries in either August or October 1982. The Adventure Vision was Entex’s second-generation system. The first console was the Entex Select-A-Game, released a year earlier in 1981.

Control was through a single multi-position joystick and two sets of four buttons, one on each side of the joystick, for ease of play by both left- and right-handed players.

Rather than using an LCD screen or an external television set like other systems of the time, the Adventure Vision uses a single vertical line of 40 red LEDs combined with a spinning mirror inside the casing. This allows for a screen resolution of 150 × 40 pixels. Another product using this technique was produced by Nintendo in the mid 1990s–the Virtual Boy.

The game cartridges could be stored in spaces on top of the case. Drawbacks to the Adventure Vision are its monochrome (red) screen as well as the mirror motor, which draws a great deal of power from the batteries. The latter problem could be avoided by the use of the built-in AC adapter port.

IMPORTANT NOTE :
NO ORIGINAL ROM CONTENTS ARE IN THIS DISTRIBUTION. YOU WILL NEED THE ORIGINAL/ALTERNATIVE ROM FILES TO RUN THE ADVENTURE VISION GAMES 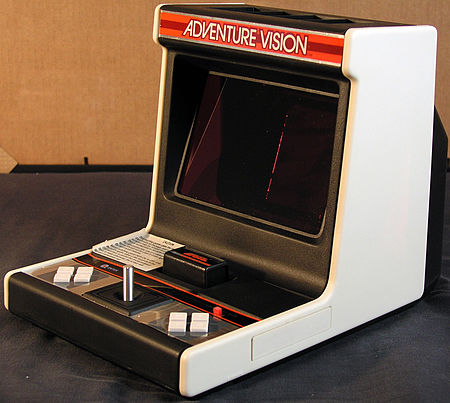 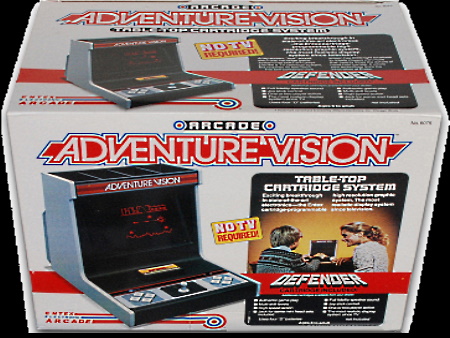