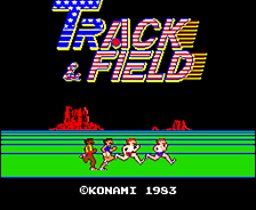 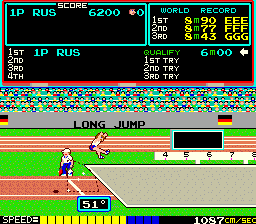 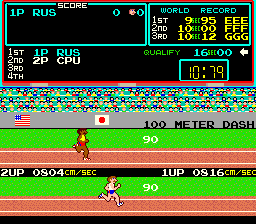 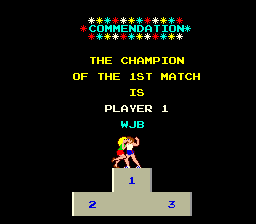 Track & Field is an athletics-themed action game for up to four players, who compete against each other in six track and field-based disciplines.

Compete against other players in various Olympic events. Bash the buttons as fast as possible to run faster. Use the action button to throw, jump, etc.

Attach joysticks to port 1 and 2.

IMPORTANT NOTE :
NO ORIGINAL ROM CONTENTS ARE IN THIS DISTRIBUTION. YOU WILL NEED THE ORIGINAL/ALTERNATIVE ROM FILES TO RUN THE Track & Field GAME. All logos are copyright to the respective holders.