The Videopac G7000 is the european version of the Magnavox Odyssey². It was sold by Philips and was only available in Europe. Other brands (related to Philips) sold the same system in Europe too : Radiola JET 25, Schneider G7000, Siera G7000 and Philips C52 (only available in France).

The system is powered by an Intel 8048 microcontroller and a Video Display Controller (VDC) generating all audio & video. This VDC, which is a custom Intel IC, can generate 4 different types of graphic objects: a background grid, single characters, quad characters (made of 4 single characters) and sprites. A maximum of 4 independent sprites can be displayed. There are monochrome and of 8 x 8 pixels in size. Of course the VDC can detect sprite collisions.

The flat membrane keyboard of the G7000 was a major selling point. It was meant to be used for game selection, educational games, programming, entering its name for hi-scores,etc. Apart from the game selection, it was hardly used.

The Philips G7000 also provided assembly programming via the purchase of a program card although the actual input of your own code was rather long-winded and often ended in a complete reset being required.

Though not as popular as the Atari VCS, or later Mattel Intellivision in the USA, the Videopac systems did very well in Europe where it was marketed by several different brands (Philips, Radiola, Schneider, Brandt, Siera, etc.). An enhanced system with high resolution background graphics was released a bit later as the Philips G7400.

IMPORTANT NOTE :
NO ORIGINAL ROM CONTENTS ARE IN THIS DISTRIBUTION. YOU WILL NEED THE ORIGINAL/ALTERNATIVE ROM FILES TO RUN THE VIDEOPAC GAMES 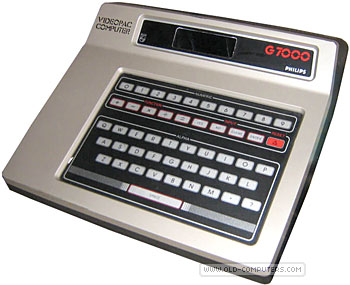 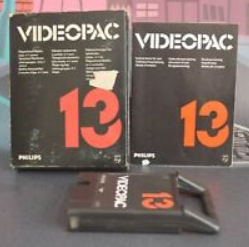 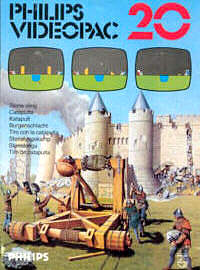 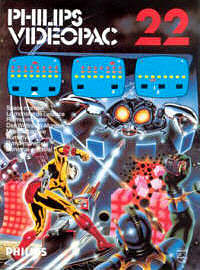 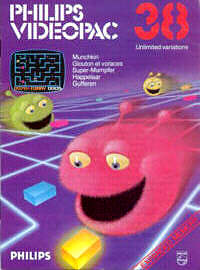